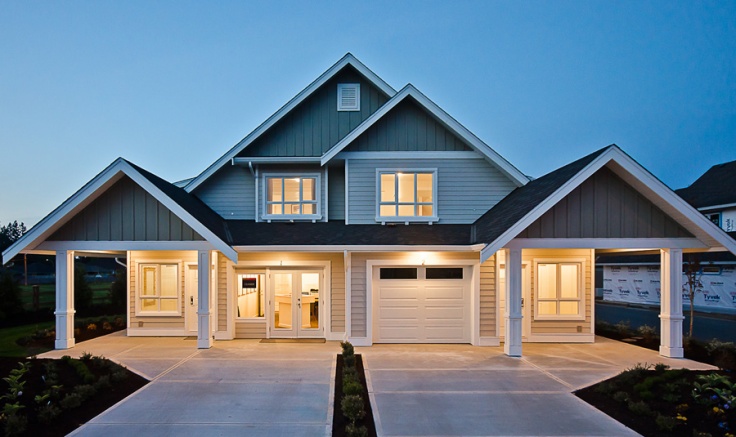 What do you think of when you hear that someone is “building green”? Do you think that the house will be made of unusual materials and that it’ll end up being really expensive?

This is a common belief in the Powell River housing market today but change is coming, albeit slowly.

“In Powell River, cost is really a factor in green building. So if I can show a customer that the cost of one type of material is about the same as another that can be recycled, then they’ll consider it,” says CaroleAnn Leishman, an architectural designer and project manager who has been with Agius Builders Ltd. since 2001. 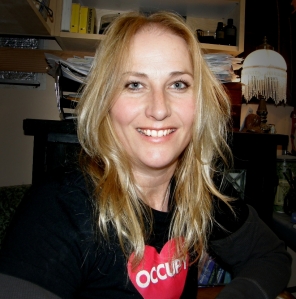 , who has been certified with Built Green Canada to assess and register homes since 2006. BUILT GREEN® registration involves a checklist of features as well as a blower fan door test of a home, which will show how air tight a home is and will also show how to fix leaks, making a building more energy efficient.

But it isn’t necessary to register a house to build in an environmentally conscious way. Leishman says that greener building in general is gaining ground thanks in part to education in the industry, although more so in larger urban areas than in markets like Powell River.

One good example of a green building material that has become mainstream locally is fibre cement siding. “Compared to wood siding, fibre cement siding has greater longevity and less maintenance, so it’s cheaper and easier. When you tell people that, they’re good with that,” says Leishman.

Another resource saving building choice that has been around for a long time is low flow plumbing fixtures, originally brought in as water metering became more pervasive.

Educating customers about these types of green building choices is something that builders and trades people can only do if they educate themselves first. The reason for doing this can come from personal interest in environmental issues, but there are also new financial incentives available as well as government regulatory changes. And these incentives and regulatory changes are being prompted by the strongest driver of green building—rising energy costs.

“We need to realize that we are using a lot of energy and because of this we are creating enormous amounts of greenhouse gases which causes climate change,” says Leishman. “So, yes, we need to be penalized for how much energy we’re using because that’s the only way we can curb our habits.”

“The tools are starting to come where I can show people, for example, that if you get a heat pump instead of electric baseboards, your hydro costs every month are going to be half,” says Leishman. “Along with an air tight building envelope (read, “no little holes in your walls and roof”), your initial investment could be paid off within a few years.”

The provincial government is encouraging home owners to create buildings that use less energy through incentives now offered by BC Hydro (http://www.bchydro.com/powersmart/residential/rebates_savings.html) and FortisBC (http://www.fortisbc.com/Rebates/Pages/default.aspx). Leishman says that the Province is also looking at making it mandatory for new homes to get an EnerGuide Rating, a Natural Resources Canada standard measure of your home’s energy performance. 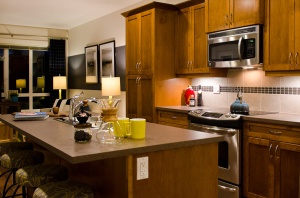 There are also local government green building recommendations in the works. Leishman`s other hat is as a representative on the Sustainability Steering Committee for the City of Powell River.

“The committee is in the very early stages of making some recommendations to Council for “green” or energy efficiency requirements for new housing,” says Leishman. The upgrades suggested initially will probably be things like:

“These things might not be mandated at this point but encouraged with rebates if they are adopted,” adds Leishman.

All of these levels of regulatory change mean that local builders and trades people will need to include more green building practices in the future—whether they are mandated by local, provincial or federal governments, or encouraged with financial incentives.

Across the water in Comox, the town has already put a program in place offering strong financial incentives for new residential building projects and renovations to build green (http://www.comoxvalleyrd.ca/EN/main/departments/building/green-building.html).

The building scene is definitely shifting, says Leishman. She advises that, for someone just starting out in the construction industry, showing an interest in green building (and having a course or workshop on your résumé to show this) might give you an extra edge with some employers.

“There`s tons of information (and even training) available online, specific to roofing, framing, plumbing, refrigeration, and more,” says Leishman. “If you’re interested and you really want to wow a potential employer, do some research and be able to, for example, speak about better insulation properties and these sorts of things.”

Here are some places to start:

One thought on “Paint my house green, please”

This site uses Akismet to reduce spam. Learn how your comment data is processed.

Sign Up! Job Alert & News
For Email Marketing you can trust.

When you subscribe to Job Alerts you will receive an email every time a new job is posted on the Career Link website. You can remove yourself at anytime.